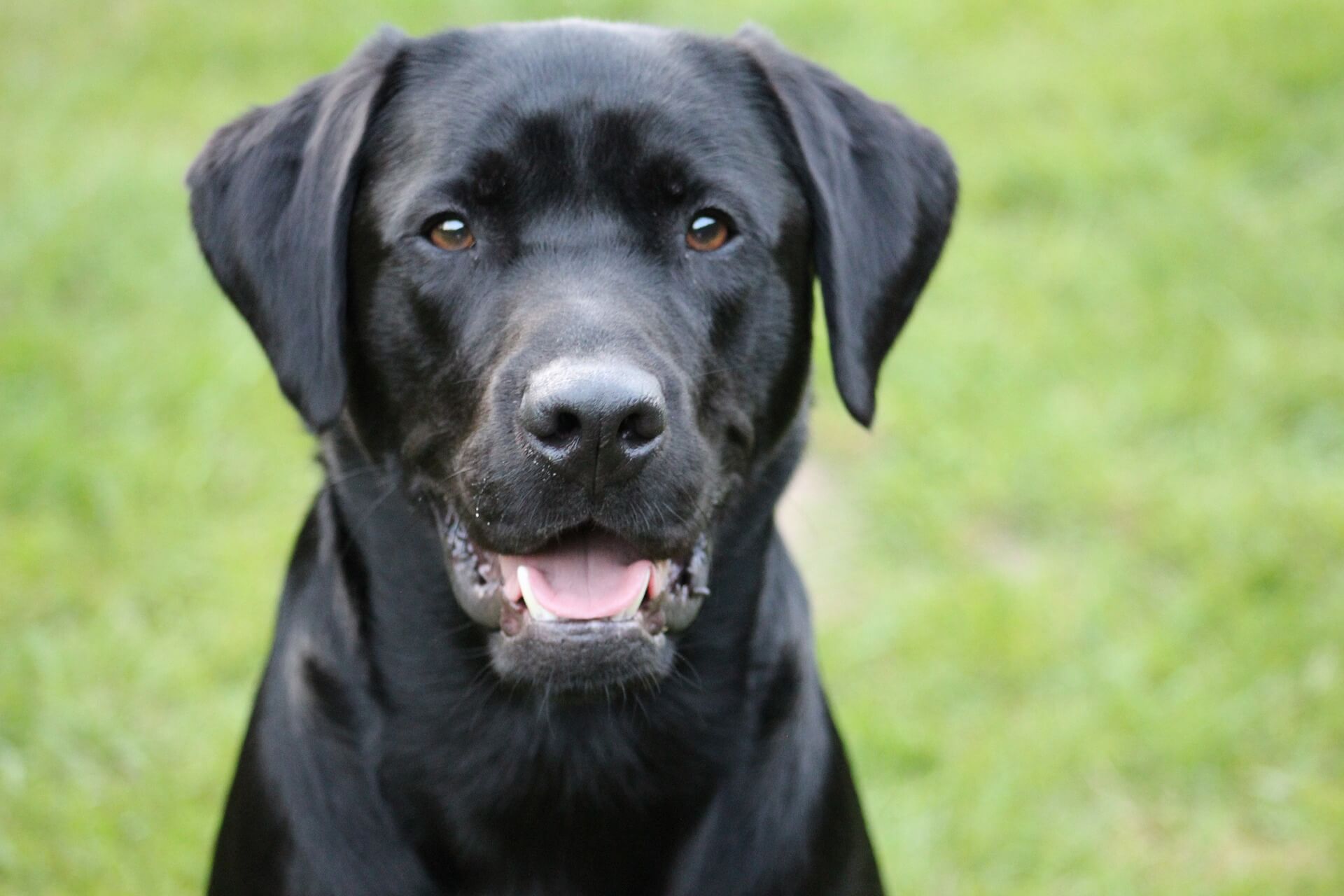 You may see two different types of Labrador Retrievers mentioned in your search for a new dog or puppy: the American Lab and the English Lab.

What are American vs. English Labradors?

While both types are Labrador Retrievers, there are some slight physical differences between them. American Labrador Retrievers are usually taller, leaner, and lankier overall. English Labradors are frequently identified by their shorter, stockier body shape, with a more squared head, and wider tail.

We’ll go over those characteristics a bit more to help you understand how and why these differences exist, and how to decide which choice might be the best for you.

After Labrador Retrievers were originally bred in Eastern Canada, they became well known for being unique dogs with amazing skills in the outdoors, especially in waterfowl and upland game retrieval.

These talents led to Labradors being brought out of Canada in the late 1800s and taken to the United Kingdom, and as they were bred further they continued to grow even more popular.

Around the early 1900s, some of these popular dogs were then brought over to the United States, where they continued to be bred and become more well-known.

As their popularity increased in both the UK and the US, and more dogs became available with which to breed, differences began to emerge over decades of breeding across the Atlantic.

Breeders had a greater selection of different dogs to breed with, and varying geographical, weather, and lifestyle factors contributed to their desire to breed for certain physical characteristics.

America’s vastly larger landscape and geography contributed to a need for dogs to be bred to clear longer distances with a wider range, through more thick and taller brush, in hunting and pointing for game such as pheasants and ducks. Higher energy, endurance, and exuberance were seen as positive traits.

English Labs were bred in different circumstances with different needs for hunting. According to Pheasants Forever, the type of hunting that English Labs needed to do required a dog that was calmer, smaller, and quieter to perform on days of shooting with hundreds of birds for British aristocrats.

These events didn’t require as much running or endurance over long distances but did require a calmer dog.

The physical traits that were valued by English breeders were different than the traits valued by American breeders, so the differences started to take shape and they diverged from one another.

Currently, you can now find English and American Labradors throughout the world being bred for their unique characteristics.

You don’t need to travel to England to find an English Labrador breeder, as there are many breeders in the United States who choose to focus on breeding dogs with more of English characteristics.

Though you can find plenty of English Labs in America, most American Labradors are much more likely to be found in the United States rather than abroad.

American Labradors are recognized for their taller size and longer legs. They typically have leaner chests and lanky bodies and stand taller in height than their English counterparts.

American Labs may be 3 inches taller at the shoulder than the standard English Lab and can be typically around 22.5-24.5 inches.

American Labs still possess the same basic characteristics as the English Labs and have webbed feet, a double coat that offers protection in the water, and a thick otter-like tail. You may notice the tail on the American Lab is slightly thinner, though still fluffy and long, and may sit slightly higher up off the back of the Lab’s body.

American Labs are still found in the three common Labrador colors: black, yellow, and chocolate. If you’re looking for a chocolate Labrador, you’re more likely to find one in an American Labrador, rather than in an English Lab.

There are many more American chocolate Labs than English chocolates.

In the hunting world, you might notice some types of American Labs called “Pointing Labs,” which exhibit the same taller, leaner, and lankier body types of other American Labradors.

Pointing Labs generally come from a small selection of American breeders who choose to breed dogs from Pointing Lab bloodlines. This is a special feature certain breeders choose to focus on.

Some Labrador bloodlines have dogs who demonstrate a “point” during bird hunting. This point can be either a bent front leg (like a traditional Pointer) or a “freeze” position, where the Lab locks onto a bird/animal and holds the position until flushing the bird out of its location.

Be prepared that a puppy from a Pointing Lab breeder may be more expensive than a typical Labrador puppy, as there are fewer breeders who breed in the US from these pointing bloodlines.

Before you choose your breeder, make sure you review our Guide to Finding a Reputable Lab Breeder for all you need to know to make the right decision.

English Labradors in general have a slightly stockier appearance and shorter legs than American Labs, as well as a wider and thicker tail that hangs a bit lower and closer to the body.

They tend to have a broader chest and a head that is more squared and “blockier” in shape. You may notice their jaw and forehead appear to be wider.

English Labs also tend to be shorter at the shoulder than American Labradors.

The breed standard in the United Kingdom for Labrador Retrievers is a height of 21.5-22.5 inches, which is approximately 2-3 inches shorter than the breed height standard in America.

The most popular color for English Labradors is black, followed by yellow and chocolate. You may also see many white Labradors (a subset of yellow) with English characteristics. There are much fewer chocolate English Labs than American ones.

Your English Lab may also have a thicker, wider neck that seems to extend downwards into their wider chest, giving them a very grand and regal appearance. Their muzzle might be shorter and their face also wider.

English Labradors have an expected lifespan of 10-14 years, similar to their American counterparts.

While both English and American Labs are considered purebred Labradors, there has been a great deal of speculation about differences in personality and temperament between the two types.

Both English and American Labs share the same standard personality traits of the Labrador Retriever breed that make them so popular, famous, and well-loved.

They are a high-energy breed that needs play and physical activity, as well as mental stimulation, to stay focused and happy at home.

Labs make excellent outdoor companions, though they shouldn’t primarily live outdoors. They are very bonded to their humans, love to be alongside them enjoying life, and can make great dogs for families.

American Labs are typically a bit more excitable, energetic, and active. This could be because they have been bred over decades less for the show ring and more for hunting across long distances and performance in field trials, where high energy was a benefit.

American Labs’ high energy can be an asset to agility competitions, and less of an asset to the show ring. If you’re dealing with a Lab that may even appear to be a bit hyperactive at times, it may be more likely your sweet baby is an American Lab!

English Labs have a reputation for being a bit more mellow, quieter, and calmer. Labradors who are service dogs, including guide dogs, or dogs who perform jobs such as detection for arson and explosives work, are likely to be very mellow English Labradors with extremely calm dispositions.

Much of the temperament of your particular dog will depend on the inherited traits of the parent dogs, so the actual puppy you select and the breeder research you do will be critical in your success, and the happiness of your dog.

Make sure that you’re picking a dog with a temperament that’s a good fit for your lifestyle and your expectations. More so than deciding solely between American vs. English Labrador, you should focus on the particular traits of the litter of puppies and the temperament of the parent dogs from the breeder you’re considering.

Though breeders may refer to American Labs or English Labs in their description of their dogs’ characteristics, it’s important that you consider the personality and temperament of the actual dogs being bred for the litter you’re considering getting a puppy from.

For more tips on how to make this process easier, check out more articles on breeder research and puppy selection found in our Puppy Guide.

Both American and English Labs are considered the same type of dog: the wonderful Labrador Retriever. They share amazing traits that make Labradors such a popular choice for dog owners worldwide. Friendliness, intelligence, trainability, and playfulness make the Labrador a stellar choice for families, service dogs, and hunting buddies in the field.

Though there are some slight differences between English and American Labradors in physical appearance and their reputations for overall temperament, both types of Labrador Retriever can be an excellent match for you and your lifestyle. 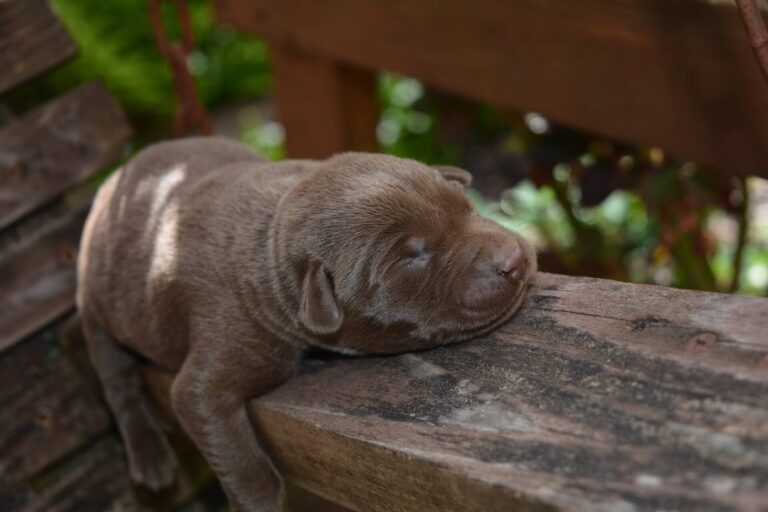 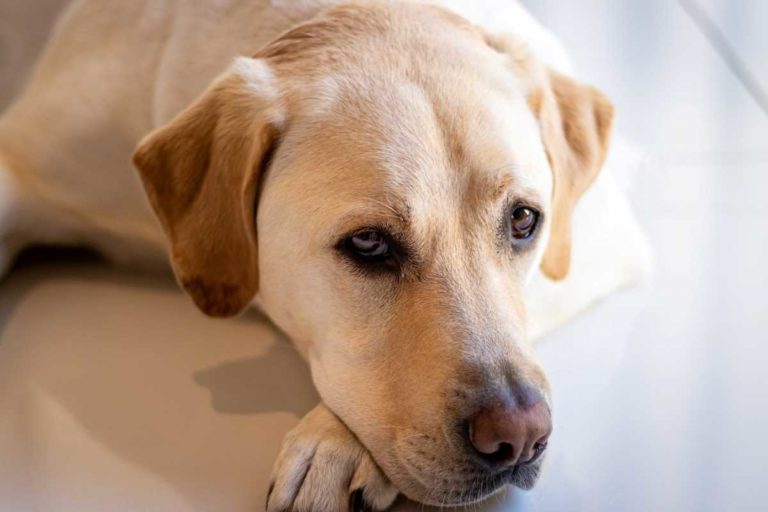 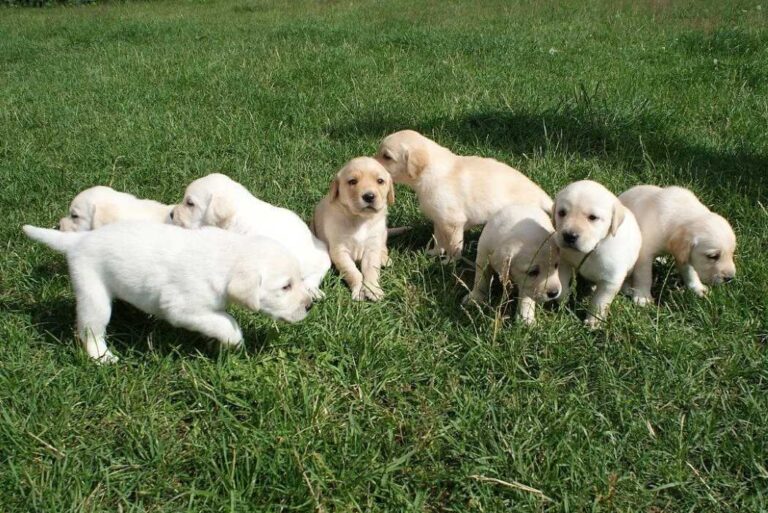 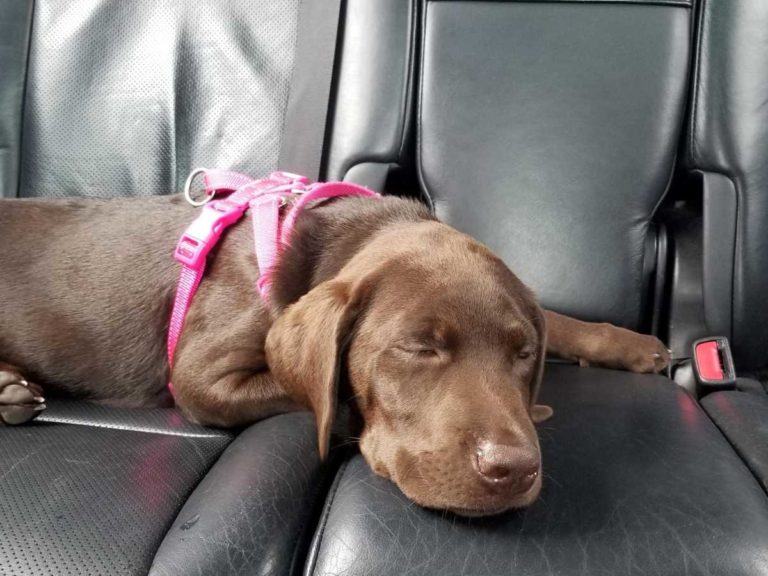 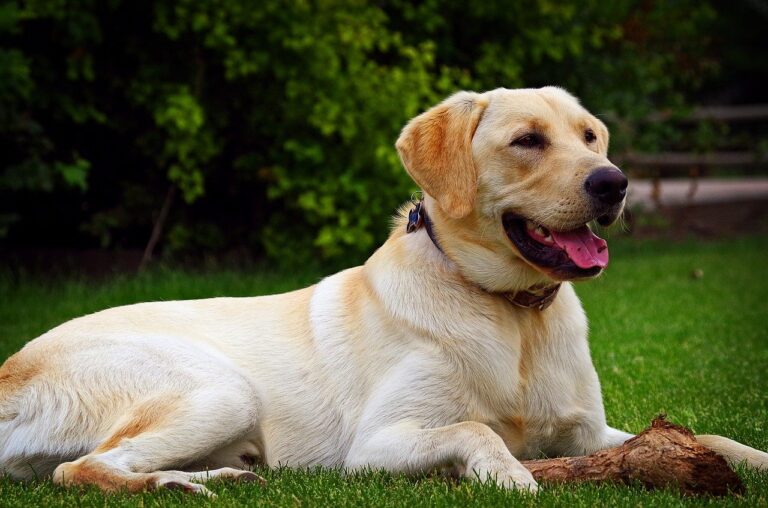