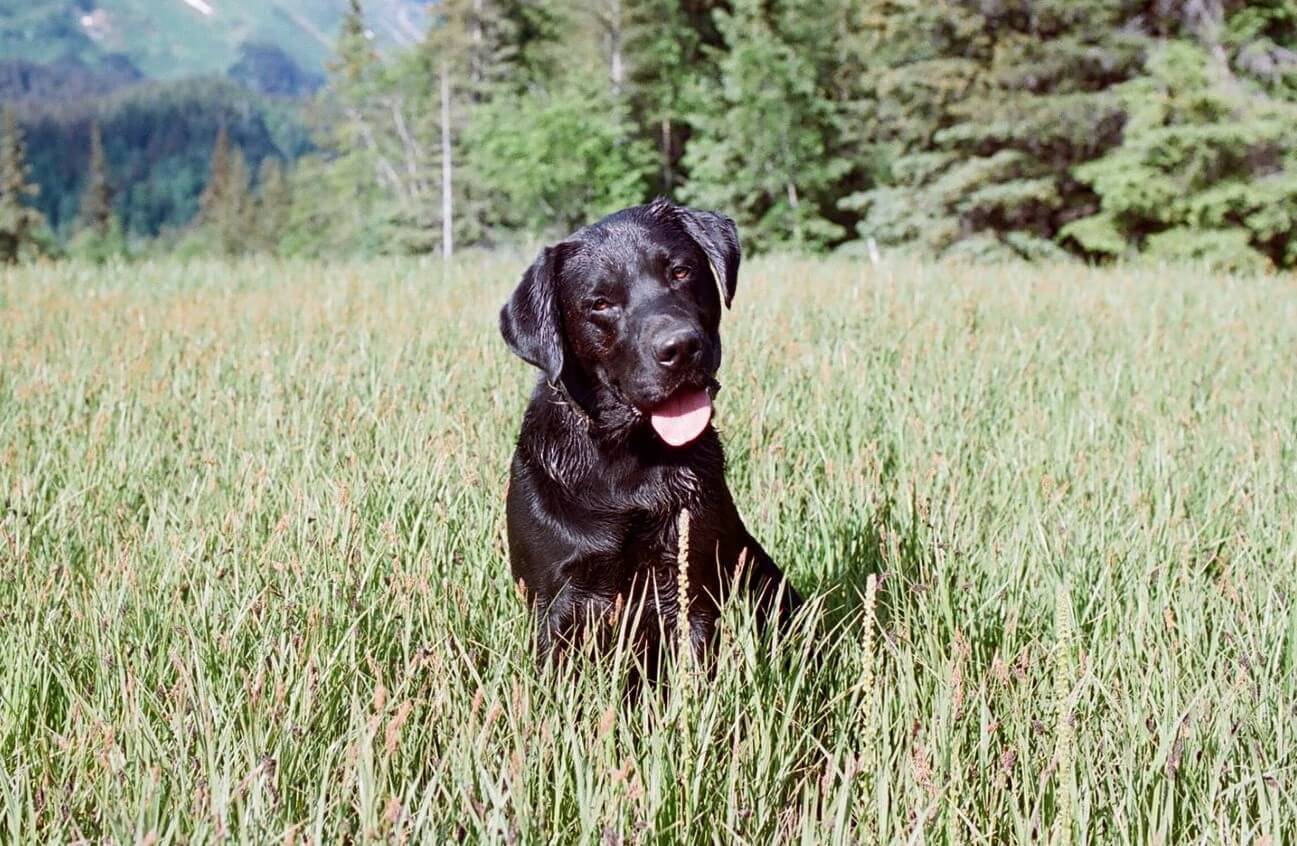 Have you ever noticed what looks like an extra nail on your dog’s front feet?

In addition to the four main nails and pads on the typical dog foot, you may also notice that your Labrador Retriever might have an extra nail slightly higher up on their leg.

In the dog world, these are referred to as “dew claws.”

We’re going to explain more about dew claws in this guide, and let you know what your options are should you wish to discuss it further with your puppy’s breeder or your veterinarian.

We’ve had Labradors Retrievers both with dew claws and without, so we’re going to cover situations we’ve personally experienced and give you the pros and cons of keeping them or talking to your vet about having them removed.

What Are Dew Claws in Dogs?

Dew claws are an extra nail located usually on the front legs of your dog, slightly up the leg from the dog’s foot.

In Labradors, you will typically see four nails on the foot of the dog, and then possibly a fifth nail slightly above the foot.

Dew claws can allow your dog to hold onto something better with their feet, or give your Lab extra traction or stability when running or navigating through places such as mud or softer ground. Dew claws can also help your dog climb out of ice.

Sometimes breeders or Lab owners will remove dew claws, which we discuss further below.

Where Are Dew Claws Located?

Dew claws are usually on the front legs, but can also be found on the back legs in certain atypical situations. It’s possible, though unlikely, that your dog could also have more than one dew claw on their leg.

Dew claws are located slightly above the foot and can resemble the dog’s other nails. You might think of a dew claw like a human big toe or thumb.

It doesn’t replace one of the dog’s existing nails, it is an addition to them. Not all dog breeds possess dew claws, but typically Labrador Retrievers will have them.

When Do Dew Claws Appear in Puppies?

Labrador puppies are usually born with their dew claws. They appear at birth in puppies and are occasionally removed within the first week of life, depending on the particular breeder you are working with.

Some Labrador breeders will remove dew claws right away after a litter is born, while other breeders absolutely will not remove them. This is one of the medical questions we suggest you should ask your breeder when you’re in the process of making the decision of where to get your new Labrador puppy.

We also go over more helpful tips and information in our guide to choosing the right breeder and give you more details on what to look for in finding a reputable one.

We will go over the pros and cons of dew claw removal later on, but just be aware that dew claws are a question you’ll want to ask about as part of the breeder selection in getting a new Labrador puppy.

What Is the Purpose of a Lab’s Dew Claws?

If you think of your Labrador’s dew claws like an additional thumb or big toe, according to PetMD, you can imagine how it might benefit your dog in some ways.

We’ve observed that having dew claws might give your dog additional traction or stability when running or navigating through mud, a sandy beach, or softer ground.

Dew claws can help your Lab in situations where they need a better grip, such as when one of ours is outdoors and they happen to chase a squirrel up a tree!

Dew claws can also give your dog the ability to “hold onto” things better using their paws.

For example, if your dog is trying to hold onto an object or keep it under their control, such as a toy or dog bone, having that extra dew claw might permit them to have better control over what they’re trying to hold.

We’ve found our Lab with dew claws uses his to maintain the safety of his dog bone from the grasp of his sister!

Dew claws can also help your Lab in grooming or rubbing their face. One of our Labradors uses his dew claws to rub his face and forehead every evening as part of his nightly bedtime routine!

Labradors working in certain environments might also benefit from having their dew claws. If your dog is ever in a cold climate and might have to climb out of an icy surface, the dew claw can allow your dog to have better traction and grip to push themselves out of the ice.

Since Labradors are born with dew claws, many people choose to leave them on instead of having their Lab undergo a procedure or surgery at the vet’s office that might not be absolutely necessary.

Problems You Could Encounter with Dew Claws in Labradors

Dew claws are an additional nail on your dog’s leg, and if your Labrador has them, it’s possible there might be a few issues you could encounter with them.

Labrador dew claws might catch or tear on things if your dog is extremely active in certain environments, especially outdoors. If they aren’t trimmed or maintained, which we’ll cover in just a moment, they can grow longer and be more likely to tear.

If you are heavily into hunting in thick grasses, marsh, or difficult terrain with your Labrador, you might notice that their dew claws “catch” on things and could potentially tear or break.

Some breeders who breed primarily hunting Labradors will remove dew claws as a matter of their breeding practices, to prevent later tearing or catching in the field. This used to be more common than it is now.

But what if your Labrador is a family sofa dog, and not performing strenuous duties in rough conditions outside?

Your Lab could still tear a dew claw on surfaces in your home or yard, or while playing roughly with another dog.

You might also get scratched by your Lab’s dew claws when you’re playing with your dog, but this could also occur with their regular nails as well.

However, removing dew claws can cause pain for your dog, and may be a costly surgery if your dog is beyond the puppy stage (and your breeder did not remove them).

There has also been some recent research into other breeds of dogs with dew claws, such as Australian Shepherds, showing that dogs with their front dew claws removed might face a higher risk of arthritis later on. You should discuss this with your veterinarian and breeder before making a decision.

Should You Remove Dew Claws or Keep Them?

This is a decision you should discuss with your Labrador breeder as well as your veterinarian.

The vets we’ve spoken with have suggested that since our Lab already is past the newborn puppy stage and still has his dew claws, we should keep them.

They’ve told us it’s not a great idea to do an elective surgery with anesthesia to remove Labrador dew claws that don’t have to be removed.

Our Labrador boy lives a cushy life on the bed, not in difficult terrain where his dew claws are likely to catch, tear, or cause him issues.

We also make sure to keep an eye on them and perform regular grooming, just as with the rest of his nails.

Make sure you go over the pros and cons of removing dew claws with both your veterinarian and your Labrador breeder.

How Do I Safely Maintain My Lab’s Dew Claws?

If you choose to keep your Labrador’s dew claws, you will want to maintain them the same way you manage the rest of their nails.

If your veterinarian or vet tech has shown you how to trim your Lab’s nails, and you feel comfortable doing it, you can use the same nail trimmer that you would use for the other four nails on your Lab’s paws to trim their dew claws.

You might find that their dew claws grow a bit longer than their other nails.

Your Lab’s other nails might get a bit worn down from daily walks, especially if you’re walking your Lab outside on sidewalks, concrete, or other surfaces where their nails will get a bit of “polishing down” from daily activity.

But based on the location of your Lab’s dew claws, they likely won’t come into contact with the sidewalk or concrete at all, so they won’t be worn down very much through daily life.

You’ll want to be careful trimming their dew claws, just as you would their other nails, and definitely take them to the vet or groomer if you don’t feel comfortable doing it yourself.

Our vet’s office does an amazing job with nail trims, and usually charges about $25-$30 for it. They can also use a tool that sands down the nails to polish them a bit more, and the techs are so skilled they usually can go much faster than we can!

Maintaining your Labrador’s dew claws really isn’t that much more difficult than regular nails trims and maintenance. Keep an eye on their condition and be sure to ask your vet if you see any problems, tears, or signs of an infection in that area.

Dew claws are a nail located usually on the front legs of your Labrador, slightly up the leg from the dog’s foot. Dew claws can allow your dog to hold onto something better, and get extra traction when running through sand, mud, or softer ground. They can also help your dog climb out of ice.

Some Lab breeders will remove them immediately in the first week of life, but it varies from breeder to breeder. Discuss with your breeder and your veterinarian whether they recommend your Lab keep their dew claws, or have them removed.

If your Lab still has their dew claws, make sure you keep an eye on their length and condition and get them trimmed as part of regular Labrador care. For more tips on keeping your Labrador healthy, check out our Health and Care articles. 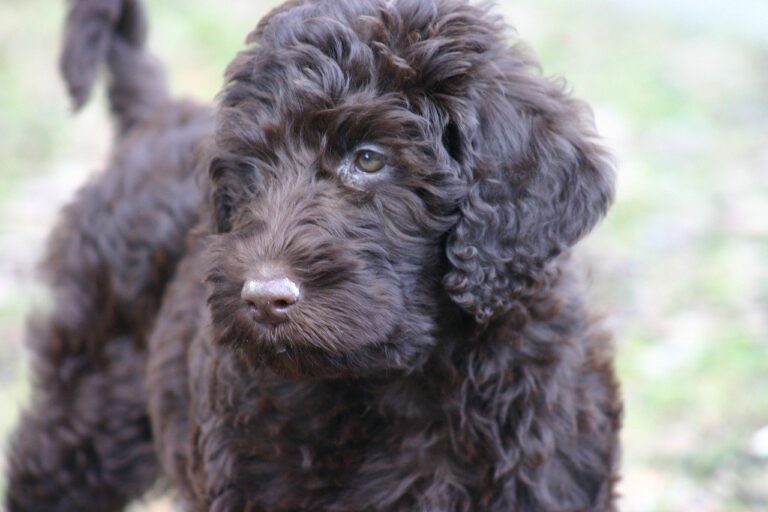 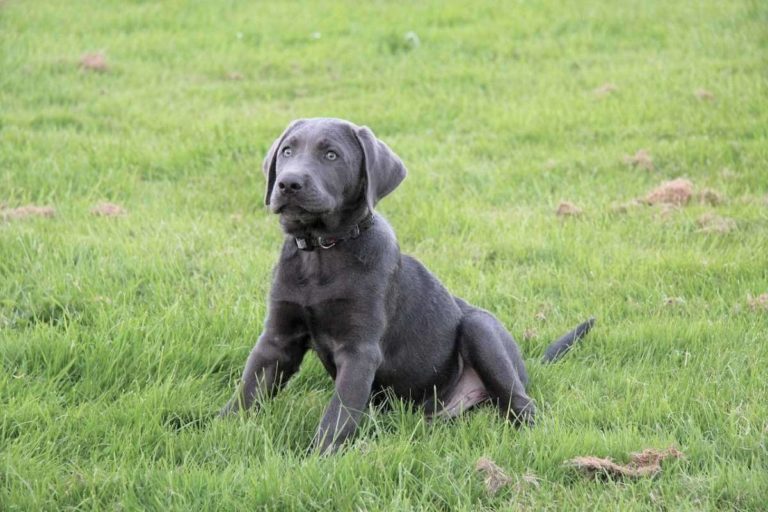 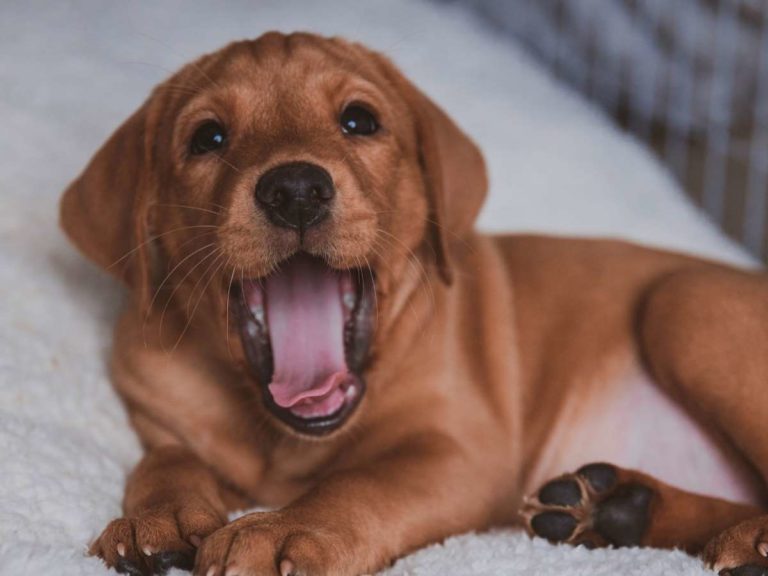 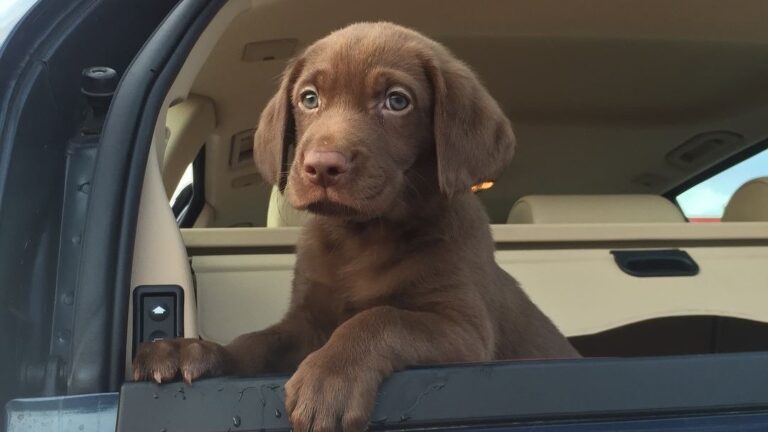 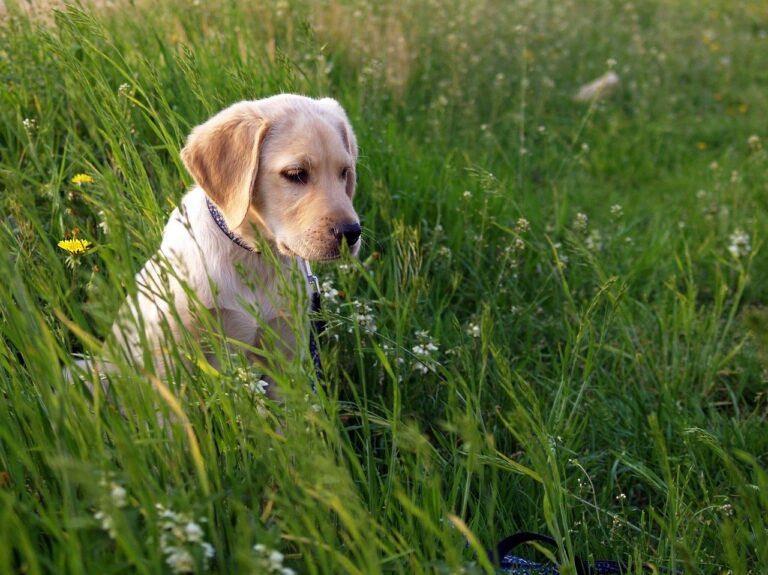